Radda in Chianti: a must-see for lovers of Chianti Classico

It’s no surprise that Radda used to be the capital of the Chianti region. Its strategic position was fundamental as the administrative centre of nearby towns Gaiole and Castellina.

Radda in Chianti is a spectacular Medieval hamlet and as its name suggests, it is in the heart of the Chianti region. It is nestled in the hills between the two valleys of Arbia and Pesa. Radda, whose name appears to have German origins and initially known as Ratti, is rich in history.

The breathtaking views, the typical atmosphere of small Tuscan hamlets, the calendar which is always full of cultural and folkloristic events and the natural flavours of this land all make Radda one of the destinations that must be in your Chianti itinerary.

The current name, Radda in Chianti, dates back to 1911 and it was called so in an attempt to give further value to the wine production of the area.

Why visit Radda in Chianti

It’s definitely not its size, nor the abundance of historical sites, that will lead you to explore this small town; it is the enchanting atmosphere which can be felt within its ancient city walls that really gets you.

Radda has done an excellent job in restoring the majority of the ancient Medieval hamlet, bringing it back to its origins of stone, rock and tunnels.

A visit to the Casa del Chianti Classico (the Chianti Classico House) also includes the restored Santa Maria del Prato Convent and an in-depth tour, allowing you to discover the secrets of the production of the Chianti Classico. This space is dedicated to spreading and sharing the knowledge of wine and Chianti products. The area, which has been well-documented since the beginning of 1100, has its origins in the miraculous image of the Virgin Mary. It then became more important and eventually became a pilgrimage site.

How to get to Radda in Chianti

Radda is the next stop after visiting Greve and Panzano. Just after leaving Panzano behind you, there are a few tight curves and on your left, you’ll see a street with a sign showing the way to Gaiole and Radda. The lush vegetation is proof that the soil is rich and perfect for vineyard cultivation. After about 9 – 10 km, you’ll come to a red-brick archway and then a roundabout: follow the signs to Radda.

If you opt for the bus, take the SITA coach no. 365A from Greve in Chianti to Lucarelli. You’ll then have to change buses and get on the Siena S101 bus, which stops at Radda first and then Gaiole. If you’re coming from Siena however, take bus no. 125. 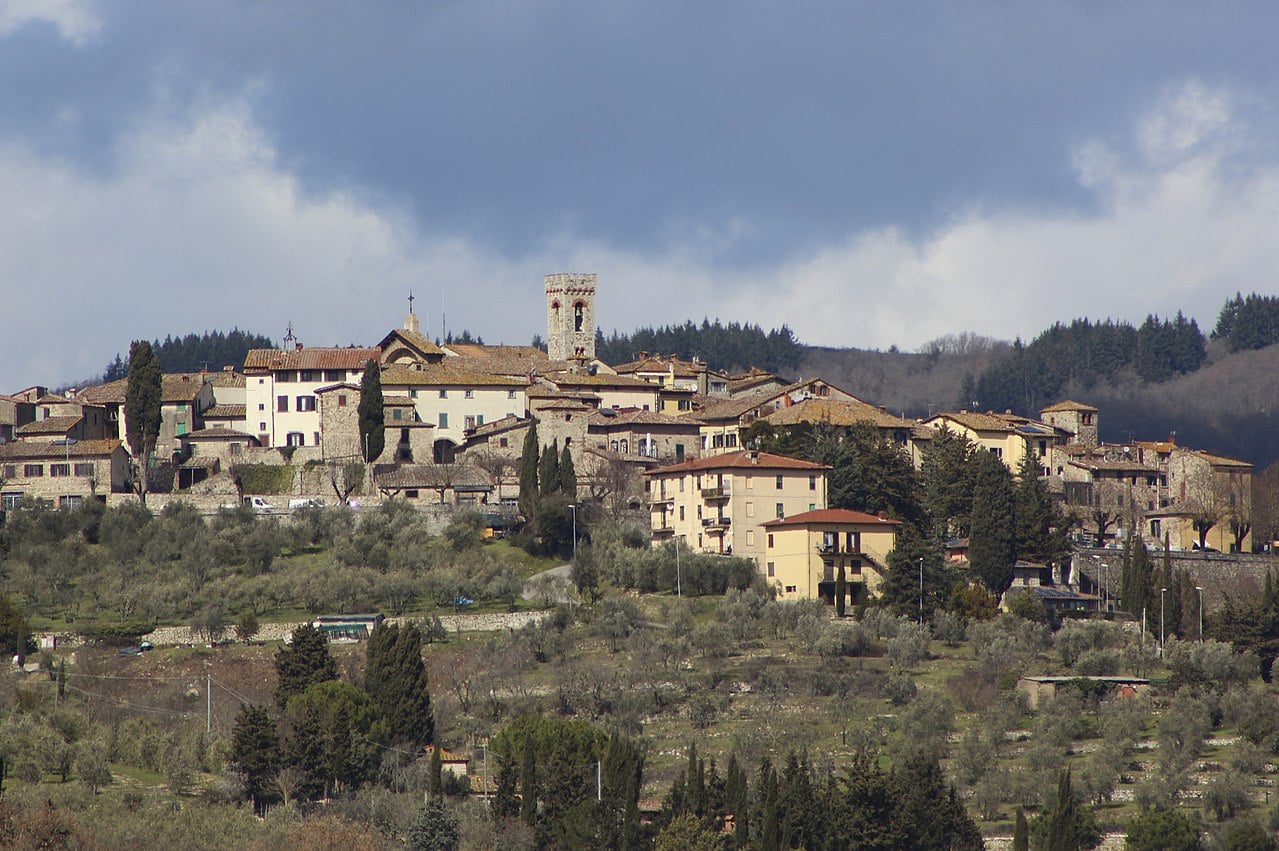