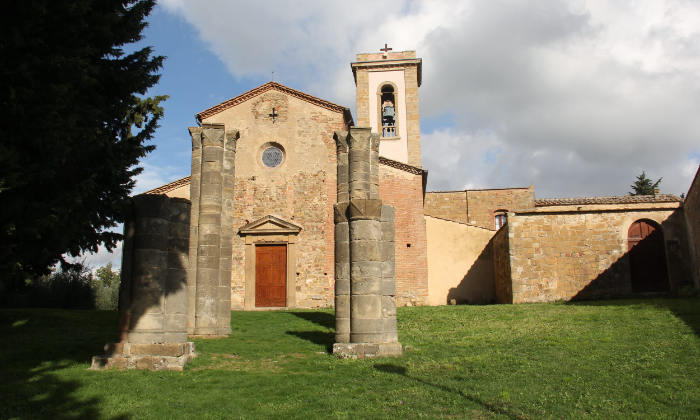 Barberino Val d’Elsa is a small, ancient hamlet around 37.9 km from Florence.

Like other hamlets in the area, many very interesting Medieval archaeological sites are hidden there. Barberino is a jewel of a town, with breathtaking views of its natural surroundings. What’s more, it has preserved its history and origins throughout the passing of time.

A titbit of history

Having quite ancient origins, this small hamlet was first called Semifonte (1202 CE). Famous for its strategic position, it was situated on the Strada Regia Romana, which, at the time, connected Florence to Rome.

Today, what remains of Semifonte are the two city gates (entrance and exit): the Porta Romana (still intact) and the Porta Fiorentina (rebuilt). For decades the inhabitants of Semifonte, who were skilful soldiers and capable merchants, had to fight against the Florentines, who just did not approve of the expansion of the city.

The construction of the hamlet on the remains of Semifonte dates back to 1597, when permission was finally granted to build an octagonal chapel dedicated to Saint Michael the Archangel. The chapel still exists today and is open to worshippers and tourists.

Over the centuries, Semifonte (or what is left of it) became Barberino Val d’Elsa, a small spindle shaped jewel, which definitely deserves a visit if on holiday in Greve in Chianti.

What to visit in Barberino Val d’Elsa

The centre of Barberino Val D’Elsa

The small hamlet of Barberino Val d’Elsa is characterised by its longitudinal expansion, which gives it its spindle shape when seen from above. This allows you to reach the centre of the town whatever direction you’re coming from: whether from Siena, passing through the Porta Senese, or from Florence, through the Porta Fiorentina. If you enter the city through the Porta Fiorentina, it’s worth stopping to visit the old “Spedale dei Pelegrini” (Pilgrims’ Hospital), which dates back to 1365, and the Chiesa di San Bartolomeo (St. Bartholomew’s Church).
If you decide to explore Barberino, there are several interesting tourist attractions you cannot miss. Here’s a short list, and you can find out more on the official site of the town of Barberino (http://www.barberinovaldelsa.net/):

Often said to be the oldest in the Chianti region, it is one of the most beautiful Romanesque churches in the area.

Linari is a characteristic Medieval walled hamlet of ancient origins. It is very charming, especially because of its position, nestled amongst the green Valdelsane hills, just off the Francigena road which leads to Barberino.

Situated on an olive grove near the road, this chapel has become historically important (despite not having any artistic value) because of the discovery under its foundations. At the beginning of our century, two Etruscan tombs were found, dating back to the VIII-VII centuries BCE. The thirty-three urns recovered from the digs of tombs in the area are kept in the Archaeological Museum of Florence and in the Antiquarium of Sant’Appiano.

How to get to Barberino Val d’Elsa

From our Fattoria Santo Stefano, Barberino is about 36 minutes by car, taking the Via Cassia Street / SR2.
Don’t let the beauty of Barberino Val d’Elsa, where time seems to have stood still, pass you by. After the tour, we’ll be waiting for you on the Farm to offer you some refreshments. Don’t hesitate to ask for more information at reception. 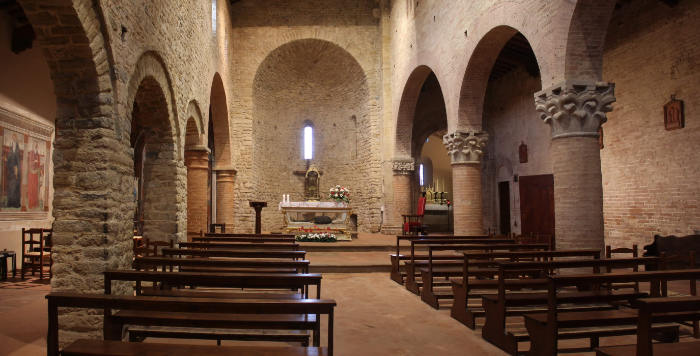